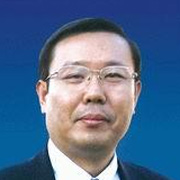 Mr. Zhang Xinmin, Han, was born in Beijing on December 1962. He joined the Communist Party of China on June 1985. He holds a doctoral degree in management. He is a professor, doctoral advisor and expert, and distinguished professor recognized by the State Council.

Mr. Zhang received his bachelor degree in Engineering from the major of automatic engineering at North China University of Technology. He obtained the master degree in economics at Renmin University in July 1989. He earned the doctoral degree in management on March 2001 after his graduation from Dongbei University of Finance and Economics.

He has given a variety of lessons such as Financial Accounting, Management Accounting, Financial Management of Enterprises, Auditing, International Accounting, the Analysis of Entrepreneurial Economic Activity, Financial Statement Analysis of Enterprises, etc. to bachelor, master as well as Ph.D. students. He was recognized as a famous professor in Beijing in 2006. He is now a member of the National MBA Education Guiding Committee, the China Securities Regulatory Commission Issuance Division Committee, Senior Chartered Certified Accountants in ACCA, an experienced fellow of CPA Australia, and a senior Hong Kong Certified Public Accountant.

He was designated the standing member of the Party Committee and the vice president of the University of International Business and Economics from May 2009.