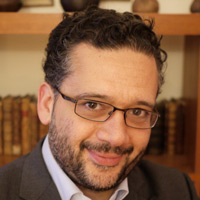 Michael G Jacobides holds the Sir Donald Gordon Chair of Entrepreneurship & Innovation at London Business School. He has visited Harvard, NYU, Bocconi and Wharton, where he obtained his PhD, after studying at Athens, Cambridge and Stanford. He studies industry evolution, new business models, value migration and structural change in firms and sectors. His work has appeared in SMJ, AMJ, AMR, OrgSci, ResPol, and ICC, where he is an Associate Editor, and also publishes in HBR, FT and Forbes.com.

A frequent speaker in corporate events, he works on strategy, among others, with Vodafone, Nokia, McKinsey, Accenture, PwC, KPMG, Santander, Credit Suisse, Airbus, Lufthansa, Zurich, MerckSerono and the NHS. On policy, he has worked with the UK parliament (on the future of financial services), the European Council (on the high-level group on innovation in Europe) and has spearheaded the RedesignGreece initiative. He serves on the Global Agenda Council of the World Economic Forum, and has presented in the Davos Annual meetings.